What can I do for you?

Do you want a custom suit??

Go to Shop
MY BLOG

Once upon a time, when the world was still draped in the veil of innocence, a young and beautiful gipsy girl who was resting in the shade of a great tree had a vision that would change her destiny forever.

Emerging out of the dense foliage, a mysterious creature with a polished beard and large black eyes was staring at her from the comfort of a high branch. The young girl stared back at it, slightly trembling in fear, and, after a few minutes of this exchange, the creature started moving down towards the ground and settled on a branch slightly above the girl’s head. By some strange mystery, the chirping of the birds had ceased and the heat had become almost unbearable. The girl kept looking at the strange being and could now distinguish its features more precisely.

The creature was of small stature, thinly built, and was holding itself with great difficulty. Its lips were dry, cracked like the surface of a salt desert, and, on the top of its head, piercing through its thick curly hair, were two little callous horns. Seemingly delighted by the beauty of the scenery, the being smiled very gently, which in turn somewhat appeased the young woman. Then, still staring at her, it pulled out from a small leather bag an object made of several bamboo sticks of unequal length, attached together with small pieces of string. After clearing its throat, it started blowing air into it.

A luminous vibration started to diffuse through the hotness of the air and pierced the young girl’s heart. For the first time in her life, she felt herself succumb to the torments of the mind. Her insouciance had, in that very moment, been irremediably shaken.

Astounded by the beauty of the melody, she was carried to the most secluded chambers of her heart. She rose to the supreme heights of bliss, then fell into the darkest pits of despair, and started to feel that something was slowly growing in her, the root of a venomous passion, which, as she already knew, would one day lead her to her own demise. After a while, exhausted by what she had gone through, she fell into a deep sleep.

She felt as if a cloud of sparks had suddenly filled her entire skull, knocking violently against her temples. When the storm finally ceased, she woke up on the edge of a pond surrounded by a large bamboo forest.

A slight mist was floating at the surface of the water. The air was cool. Feeling somewhat revitalized by the beauty of the scenery, the young woman walked closer to the water and gazed upon its silvery reflections. What she saw there, among the colossal bamboo sticks emerging from the muddy bottom, was not her own image, but that of a very young girl with long dark hair and rosy cheeks, who strongly resembled her. The child was smiling. The young woman let out a loud cry and plunged her hands into the water in an attempt to rescue the little one, but the latter had already disappeared. Her heart was pounding as she desperately looked around in search of any clue that could lead her back to the girl, but in vain. There was no doubt about it: she had to find the child, her child.

“The pain that you have just felt within your heart is nothing other than the torment of maternal love.”, said a voice coming from somewhere above her head.

The young woman opened her eyes again, and saw the mysterious creature still staring at her from its leafy promontory.

« Who are you? », she whispered in a barely audible voice.

After a brief silence the mysterious being answered: “I am your guide in this world, your shepherd. Today is the day that your innocence was lost forever. The root of desire, whether you know it or not, has sprung in your heart. For it you will live and by it you will die. You will go to the ends of the world to quench its thirst. The little girl whose image you saw in the water is your child. To be able to carry her in your arms one day, you will have to endure a thousand hardships, face a thousand deaths, for nothing in this world will be handed to you, everything must be obtained. Your desire will lead you to your other half, your Adam. Your child will be born from this sacred bond. In order to begin your journey, you will have to descend into the valley. There, a few hundred yards away from the village, you will find a house with thick stone walls and a thatched roof. It is a place of warmth where time seems to be suspended and the air is buzzing with activity. You will be welcomed. Above the entrance door is an inscription which you simply cannot miss. You will see it, don’t worry. It is the one and the only. The House of Nostra Koza. 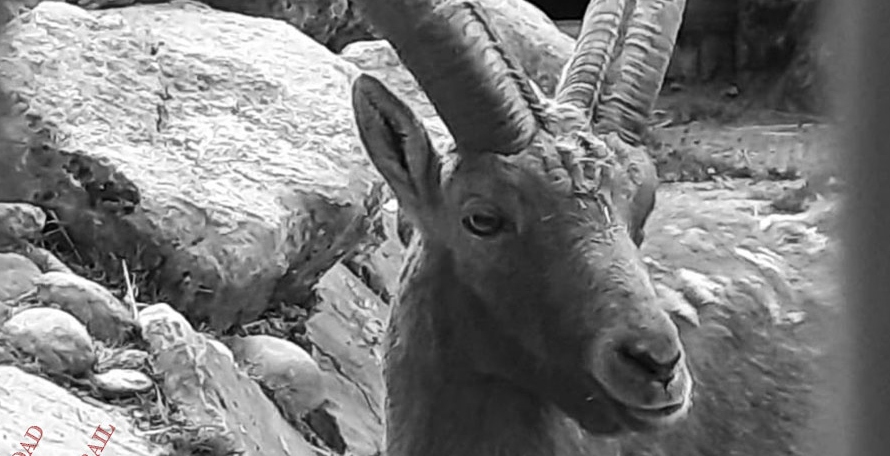